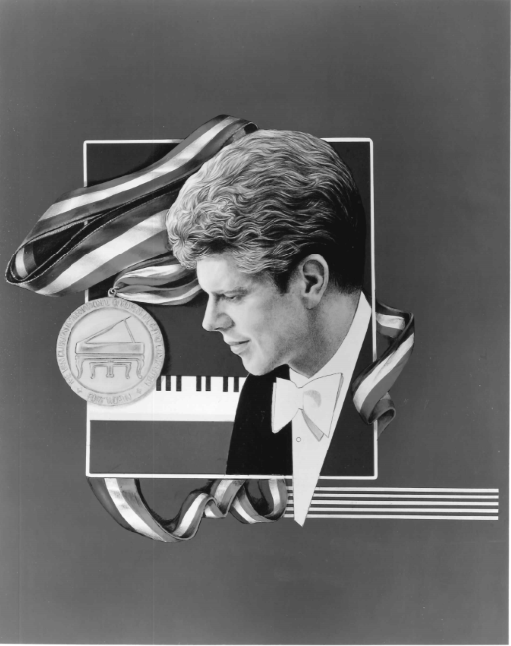 Fort Worth auditions February 15-18
Applicant "fast facts" : two-hundred and ninety applications from 43 countries were received. Of those selected for the screening auditions:

News and other items of interest

2017 on YouTube ; program book ; recital recording purchase ; gold medalist recording download / CD order  The Fifteenth Van Cliburn International Piano Competition featured a fully produced webcast live from Fort Worth from May 25–June 10, 2017 from www.cliburn.org and cliburn2017.medici.tv.  The dynamic, multi-camera webcast brought the Competition to life around the world in real time, with over 110 hours of live broadcasts of performances, interviews, and awards ceremonies over the 17-day period, plus hours of other compelling material such as competitor profiles, taped interviews, and featurettes (including its 1200 volunteers), and behind-the-scenes glimpses.

DMN: Here's what's new at the Cliburn Competition - and what it means

Finals Simulcasts The Finals was viewable June 9 and 10 as a simulcast in Sundance Square Plaza in downtown Fort Worth and June 10 at participating theaters, per Fathom Events. <Cliburn Foundation news release> 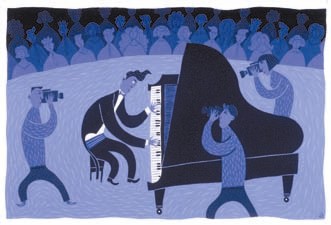 Nowhere to hide:  art by illustrator Debbie Drechsler, top, and cartoonist Etta Hulme, below, capture the 'up close and personal' nature of televised music competition (click images to enlarge). 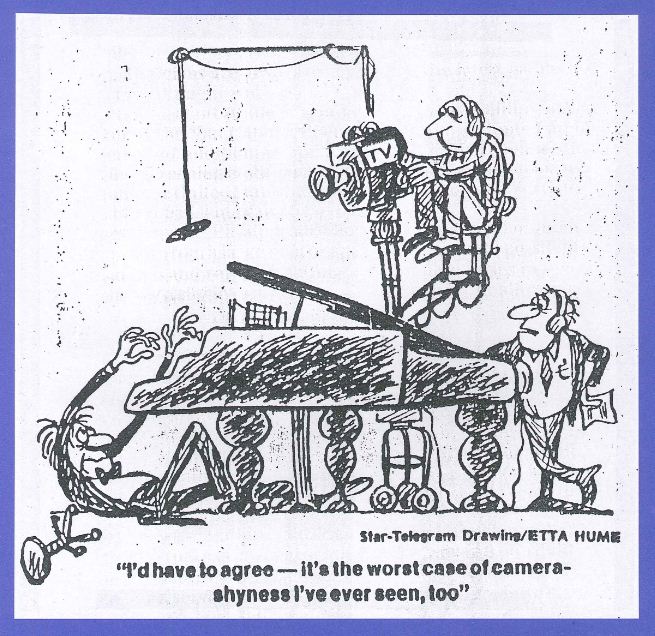