In the Beginning: the First Van Cliburn International Piano Competition, 1962: Van, the inspiration

This exhibit is offered in connection with the Van Cliburn International Piano Competition Archive at Texas Christian University. Images and documents are clickable in order to enlarge images or view complete items. For more on the competitions, see the archivist's Guide to the Van Cliburn Competitions. Exhibit materials should be used in accordance with copyright laws.  Contact:  l.ruede@tcu.edu. 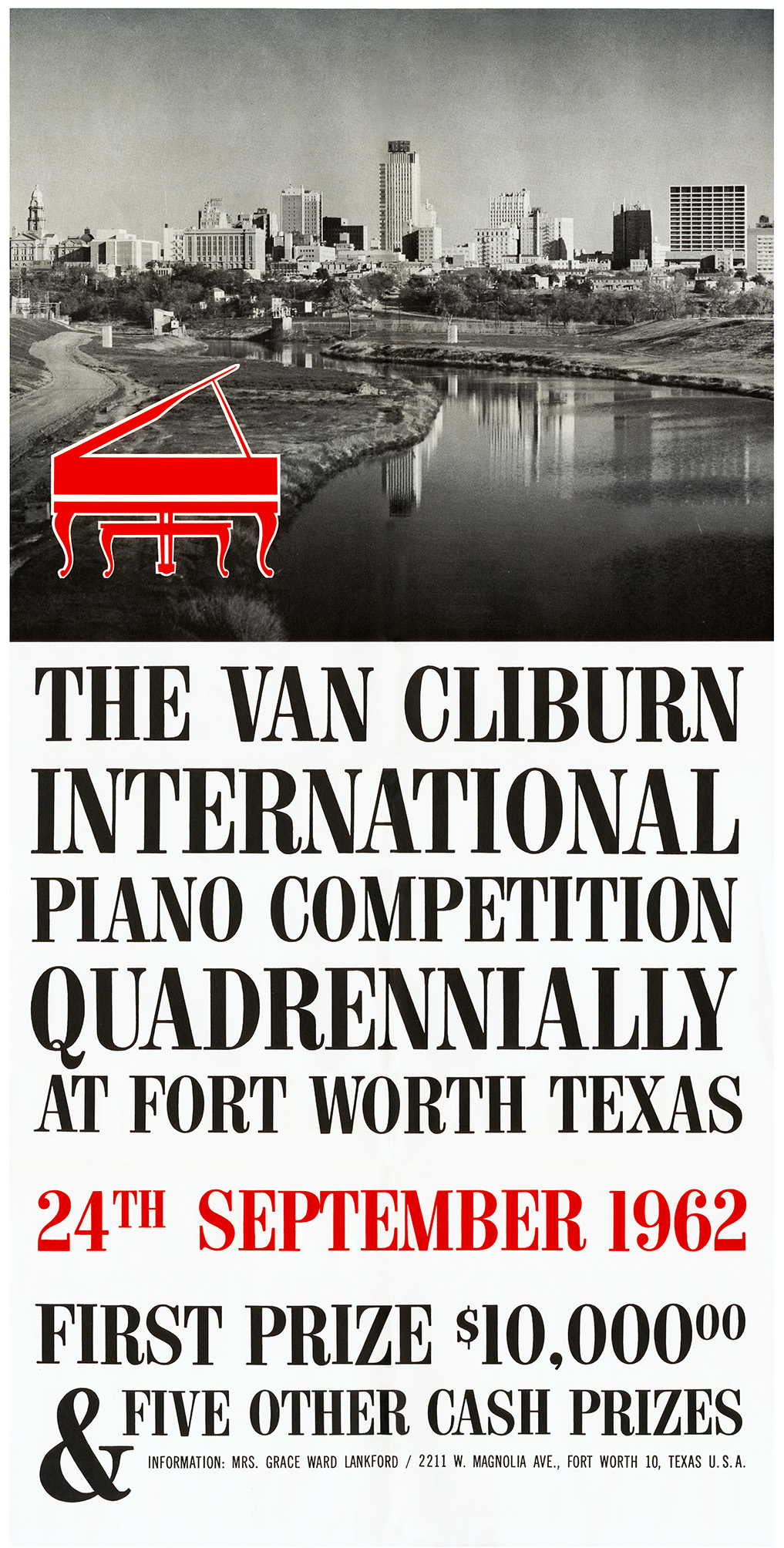 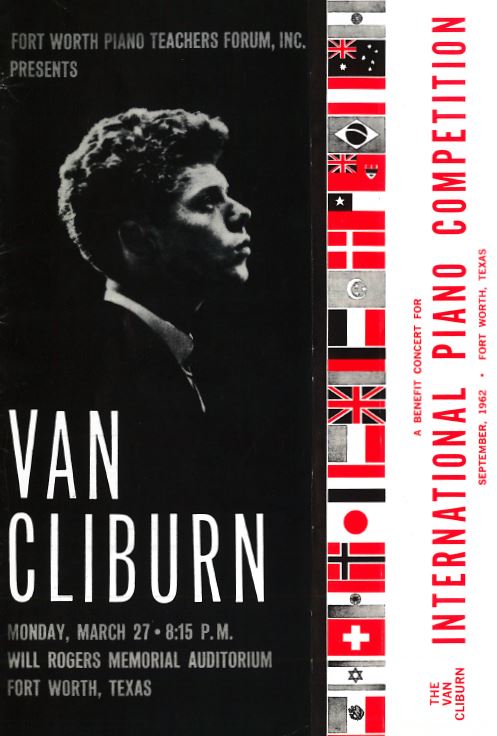 Van Cliburn's triumph in the First Tchaikovsky Competition in Moscow in 1958, during the Cold War, inspired the creation of a namesake competition, to be held in Fort Worth, Texas. 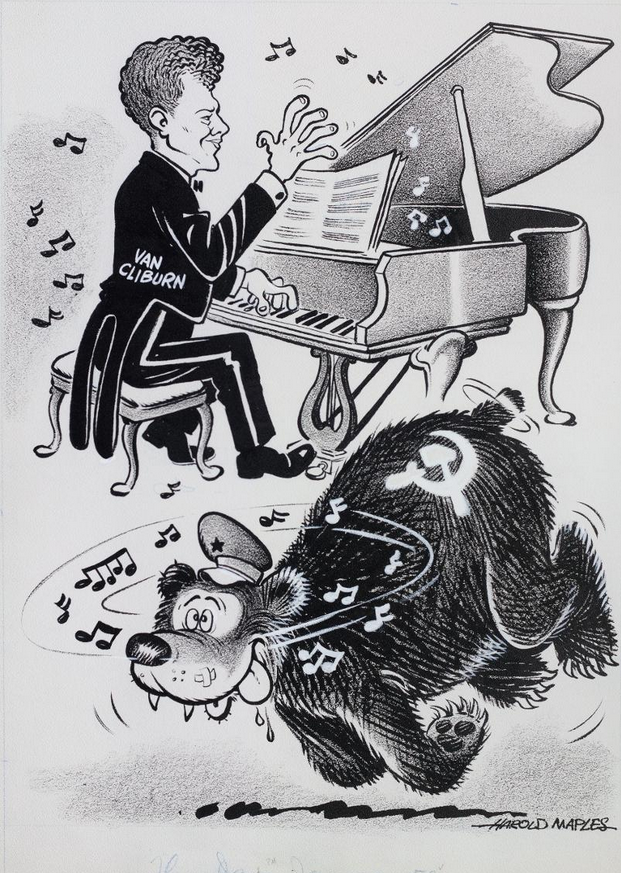 Dr. Irl Allison, founder, listed most of the contributions Cliburn made to the competition, notably a benefit concert (left).

More on Cliburn and the Cold War

The story of Van's win 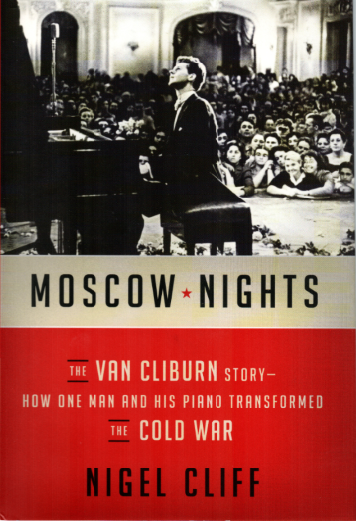 Moscow Nights, published by HarperCollins, used materials from the Van Cliburn Piano Competition Archive and many other sources.  Author Nigel Cliff takes us back to 1958, when Van Cliburn won the first Tchaikovsky Competition in Moscow, despite tensions between the U.S. and the U.S.S.R.  Samples can be read online at HarperCollins and Amazon.  Also out from Knopf is Stuart Isacoff's When the World Stopped to Listen: Van Cliburn's Cold War Triumph. Produced at the time of Cliburn's Tchaikovsky win, Abram Chasin's The Van Cliburn Legend is another must-read.

More on Cliburn's role in the first competition

In a foreword from the 1962 competition program Van Cliburn spoke modestly about his role in the competition's creation. 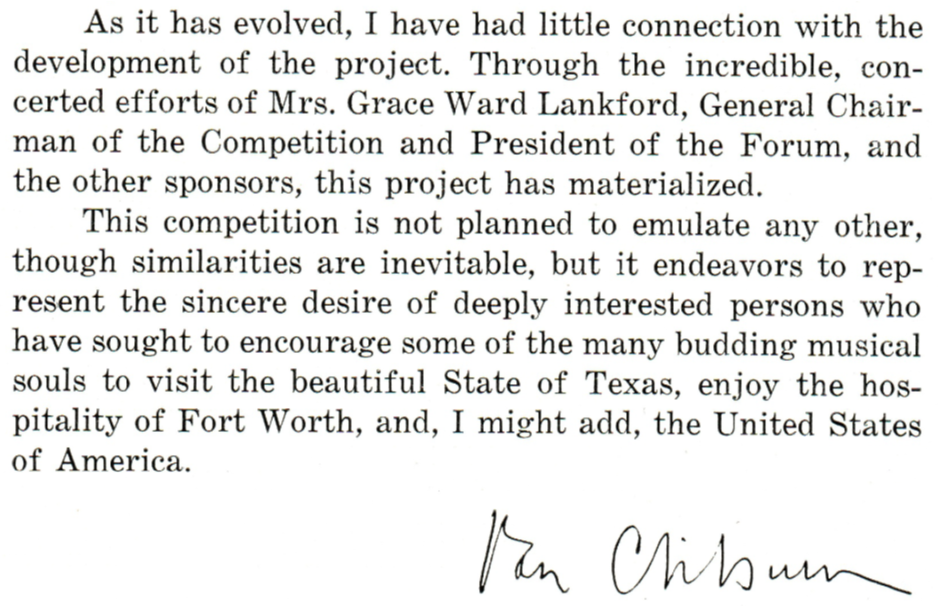 Cliburn caused a kerfuffle, however, when he persuaded competition personnel to expand the number of contestants in both the semifinals and finals of the 1962 inaugural competition. 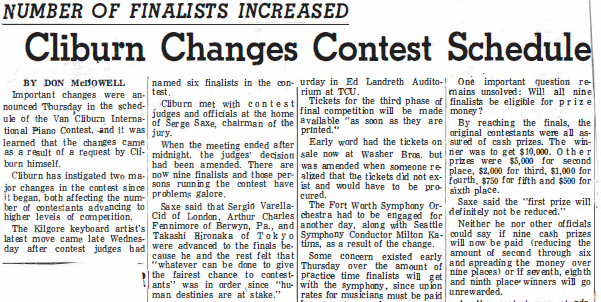 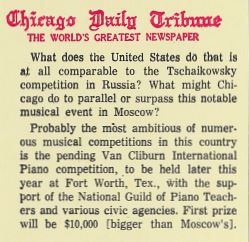