This guide highlights primary and secondary Government resources pertaining to the LGBTQIA+ community. 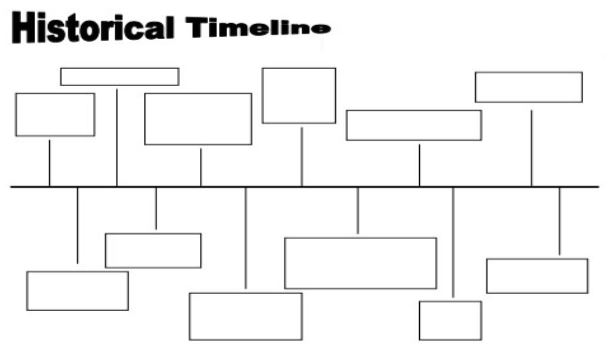 We would like to thank Jesse Silva, Librarian for Federal and State Government Information, Political Science, Public Policy and Legal Studies, University of California, Berkeley, and Kelly L. Smith, Librarian for U.S. and San Diego Government Information, and Urban Studies & Planning, University of California, San Diego for allowing us to use their timeline of LGBTQIA+ milestones in our Federal Government.

Supreme Court ruled that 1964 Civil Rights Act barring sex discrimination in the workplace protects LGBTQ employees from being fired because of their sexual orientation.

Supreme Court ruled in favor of a baker who refused to bake a wedding cake for a same sex couple because of a religious objection.

Department of Justice proposes to stop asking 16- and 17-year-olds to disclose sexual orientation and gender identity on the National Crime Victimization Survey (NCVS).

The resource was also removed from a list on the Office on Women's Health (OWH) fact sheets page. A pdf file with similar content is live as of June 2018 but is not linked from the OWH website, making it generally inaccessible.

Census Bureau planned to remove question about sexual orientation from the Census Barriers, Attitudes and Motivators Survey (CBAMS) survey, which helps gauge why “hard to count” populations don’t respond to the census. Dropped the plan after resistance from Census advisors.

Clarifies that currently-serving transgender personnel can continue serving while DoD develops a study and implementation plan.

Prohibits transgender individuals from serving in the military.

Draft of proposed questions for Census 2020 included questions about sexual orientation and gender identity; a revised draft was issued later the same day, omitting those questions.

Withdrew guidance to schools outlined in the 2016 Dear Colleague Letter on Transgender Students.

Summarizes The First Amendment Defense Act ("to prohibit the Federal Government from taking any discriminatory action against individuals or entities based on their religious or moral objection to same-sex marriage or extramarital sexual relationships") and the Equality Act ("to amend Federal civil rights laws to prohibit discrimination on the basis of sex, gender identity, and sexual orientation")

Remarks by the President on the Supreme Court Decision on Marriage Equality. (2015, June 26)

Struck down Defense of Marriage Act

2012       The end of don't ask don't tell : the impact in studies and personal essays by service members and veterans

U.S. Senate. Committee on Armed Services.The Report of the Department of Defense Working Group That Conducted a Comprehensive Review of the Issues Associated with a Repeal of Section 654 of Title 10, U.S.C., "Policy Concerning Homosexuality in the Armed Forces". S. Hrg. 111-899. 111th Congress, 2nd Session.

Struck down Colorado Amendment 2 and set the stage for Lawrence v. Texas and later cases

1994      Sexual Orientation Discrimination in Employment: Legislation and Issues in the 103rd Congress (file courtesy of ProQuest)

1991       First appearance of "lesbian" in Public Papers of the Presidents

Removed homosexuality as grounds for exclusion from immigration to the U.S.

Specified that the term "disabled" or "disability" shall not apply to transvestites.

1990      In the Matter of Representative Barney Frank

Frank was outed during investigation into affair with a male prostitute

1989       Rep. William Dannemeyer publishes anti-gay book, Shadow in the Land: Homosexuality in America, followed by a Congressional speech on sodomy in 1990

U.S. Department of Health and Human Services. Centers for Disease Control. Understanding AIDS: A Message from the Surgeon General.

Remarks at the American Foundation for AIDS Research Awards Dinner, May 31, 1987. Public Papers of the Presidents: Ronald Reagan (1987, Book 1).

Studds was outed during investigation into the Congressional page scandal

The failed Proposition 6 would have banned gays and lesbians from working in California's public schools.

To prohibit discrimination on the basis of affectional or sexual preference, and for other purposes

1975       First appearance of "homosexual" in Public Papers of the Presidents

To prohibit discrimination on the basis of sex, marital status, and sexual orientation, and for other purposes

1950       Employment of Homosexuals and Other Sex Perverts in Government: Interim Report Submitted to the Committee on Expenditures in the Executive
Department (Hoey Report)

1945       First appearance of "bisexual" in the Congressional Record

1927      First appearance of "lesbian" in the Congressional Record

1927      First appearance of "homosexual" in the Congressional Record

Used to exclude homosexuals from immigration to U.S. based on their status as “persons of constitutional psychopathic inferiority”

1902      Annual Report of Bureau of Ethnology, 1902: Report of Director, and paper on Zuni Indians (The Zuni Indians: Their Mythology, Esoteric Fraternities, and Ceremonies)

Discussion of We'Wha, a Zuni man who dressed and lived as a woman in her tribe.

1880       Report on the defective, dependent, and delinquent classes of the population of the United States, as returned at the tenth census

1877       Report of the Joint Special Committee to Investigate Chinese Immigration

Suppression of trade in and circulation of obscene material

1848      Report of the Secretary of the Navy, communicating copies of returns of punishments in the Navy, in compliance with a resolution of the Senate. Serial Set 510

Sodomy conviction and punishment in the Navy