This LibGuide provides other sources for students, faculty, and staff to access regarding John Lewis and the Civil Rights Movement. 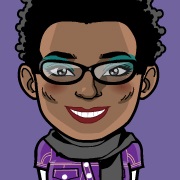