Core Documents of Our Democracy: Code of Federal Regulations 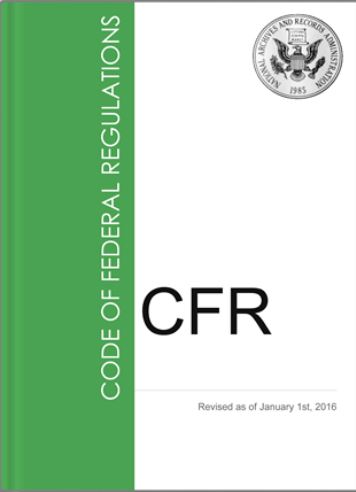 This is the annual edition of the general and permanent rules published in the Federal Register by departments and agencies of the Federal Government.

The SuDoc classification number is AE 2.106/3:
This resource is available in PRINT and ONLINE

The Code of Federal Regulations (CFR) annual edition is the codification of the general and permanent rules published in the Federal Register by the departments and agencies of the Federal Government. It is divided into 50 titles that represent broad areas subject to Federal regulation. The 50 subject matter titles contain one or more individual volumes, which are updated once each calendar year, on a staggered basis. The annual update cycle is as follows: titles 1-16 are revised as of January 1; titles 17-27 are revised as of April 1; titles 28-41 are revised as of July 1, and titles 42-50 are revised as of October 1. Each title is divided into chapters, which usually bear the name of the issuing agency. Each chapter is further subdivided into parts that cover specific regulatory areas. Large parts may be subdivided into subparts. All parts are organized in sections, and most citations to the CFR refer to material at the section level.

The online CFR is a joint project authorized by the publisher, the National Archives and Records Administration's (NARA) Office of the Federal Register (OFR), and the Government Publishing Office (GPO) to provide the public with enhanced access to Government information.

"[Reserved]" is a term used as a place holder within the Code of Federal Regulations. An agency uses "[Reserved]" to simply indicate that it may insert regulatory information into this location some time in the future. Occasionally "[Reserved]" is used to indicate that a portion of the CFR was intentionally left empty and not accidentally dropped due to a printing or computer error.

Due to the update schedule of the CFR, the List of Sections Affected (LSA) provides a cumulative list of CFR sections that have been changed at any time since each CFR title was last updated.

The Parallel Table of Authorities and Rules lists rulemaking authority (except 5 U.S.C. 301) for regulations codified in the Code of Federal Regulations. Also included are statutory citations which are noted as being interpreted or applied by those regulations. The table is divided into four segments: United States Code citations, United States Statutes at Large citations, public law citations, and Presidential document citations. Within each segment the citations are arranged in numerical order: 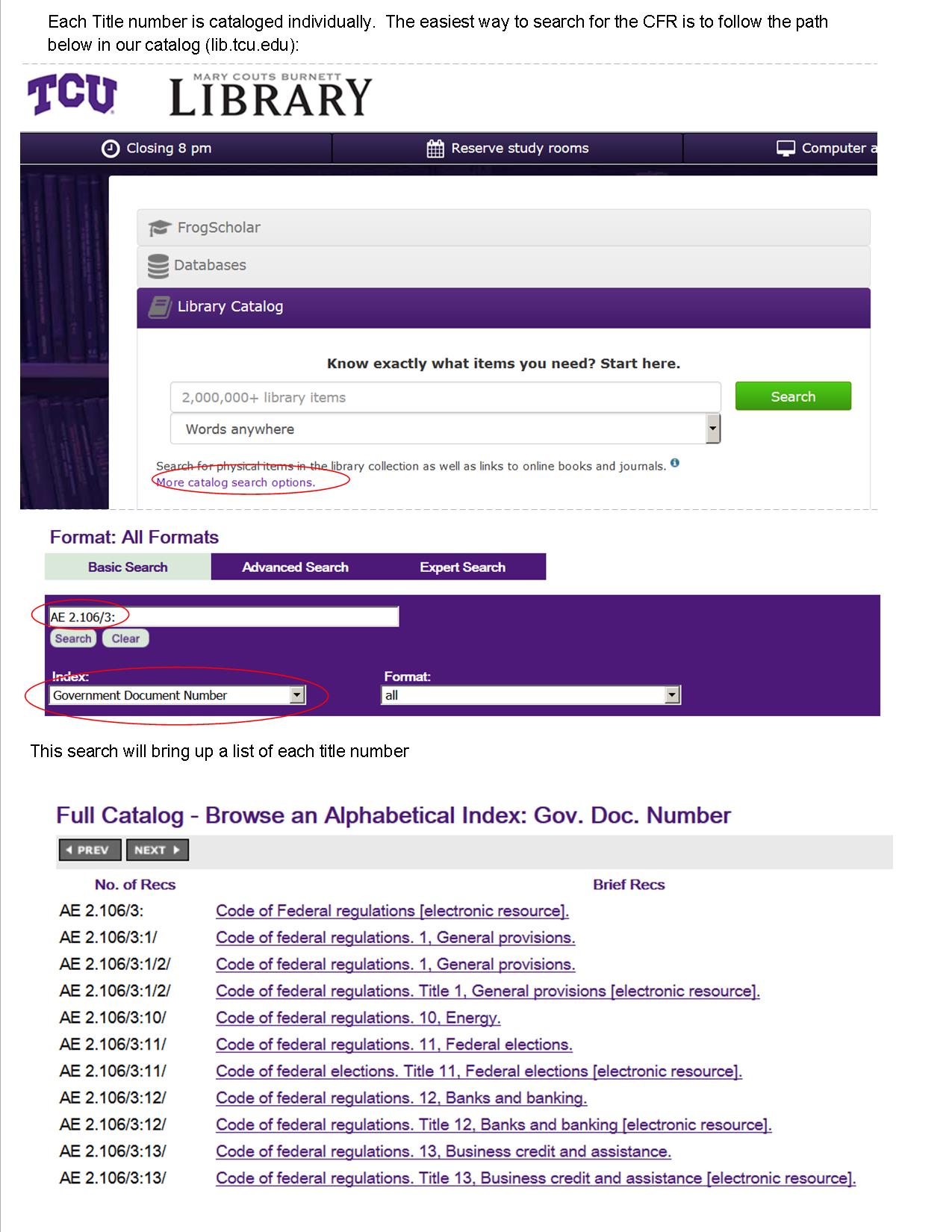 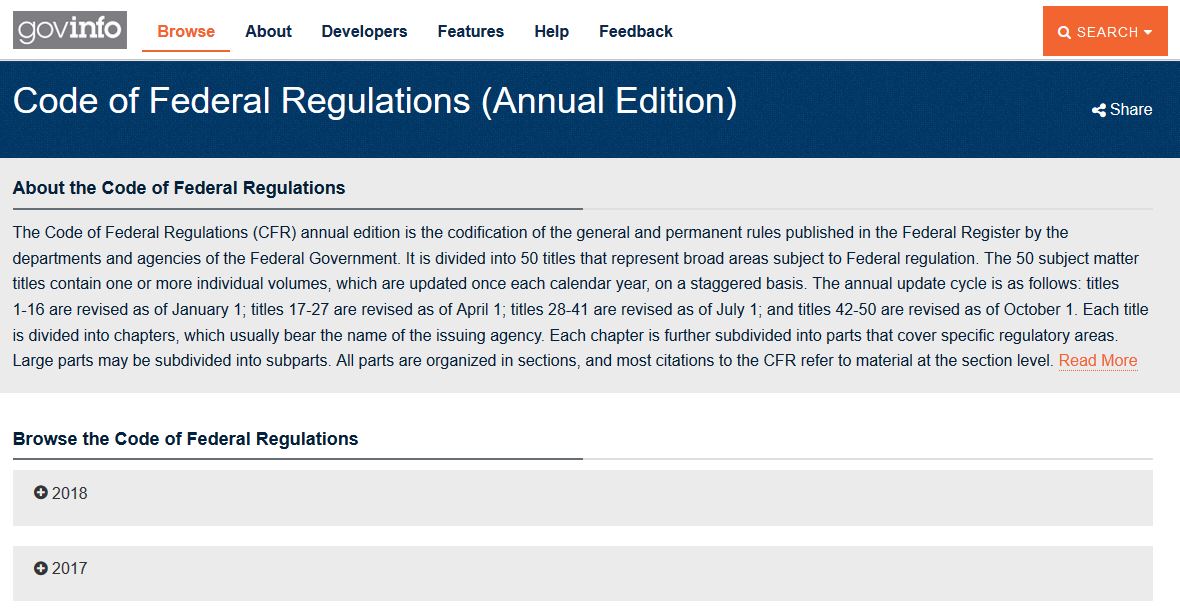 The following describes how information is contained in a CFR citation.

The following example illustrates information contained in a CFR citation.