Female Voices from an Ewe Dance-drumming Community in Ghana: Our Music has Become a Divine Spirit (book/DVD set, Main Stacks, ML3760 B96 2009) / Ashgate - detailed ethnography of a group of female musicians from the Dzigbordi community dance-drumming club from the rural town of Dzodze, in southeastern Ghana.  There is a detailed description in the catalog record linked above and also in a review.

Play, Jankunu, Play (Music/Media Library, F1505.2 C3 G67 2007) / Documentary Educational Resources - features the Garifuna, of combined West African and Native American descent, living in Belize, Central America, in the wanaragua, a system of Christmas processionals (Jankunu).  Descriptions of dance styles and interviews with dancers and others; includes rare footage of warini, the now extinct ritual that is the Africanized predecessor to wanaragua.

Dance and Drama in Uganda: the Pearl of Africa (Music/Media Library, GV1713 U33 B37 2005) / Contemporary Arts Media - this interactive ebook (CD-ROM) highlights the power of dance and drama to transform lives.

Dancing series (Music/Media Library, GV1601 D36 1993; Dance in Video database) / Thirteen/WNET with RM Arts and BBC TV, 1993 - from this series produced by Rhoda Grauer volume 2, entitled "Lord of the Dance," offers segments on Dance of the Nigerian Christian Church and Dance of the Nigerian Osun Worship; volume 4, entitled "Dance at the CourtDancing: the Pleasure, Power, and Art of Movement, by Gerald Jonas in association with Thirteen/WNET et al., accompanies this series.

Ethnic Dance Around the World (Music/Media Library, GV1743 E84) ; streaming via Kanopy / BFA Educational Media - originally produced in 1991, this DVD (circa 2004) presents examples of ethnic dances from the Americas, Asia, Africa, Europe, and Australia and stresses their social and cultural motivations.  Includes festival, celebration and courtship dances, and dances for recreation.  Emphasis is placed on why people dance, why dance and music styles differ, and the role of religion in ethnic dancing. Note: examples of African dancing are limited to Zimbabwe and Nigeria; the entire video is only 24 minutes in length. Informal contents notes

The Dance of the Spirits: Mask Styles and Performance in the Upper Volta (Music/Media Library, GT1748.B92 D36 2005 [orig. 1988]) / University of Iowa, Christopher Roy and Steven Henke - this video shows African masks from Burkina Faso in West Africa, as used in the ritual dances of the region.  (30 min.) 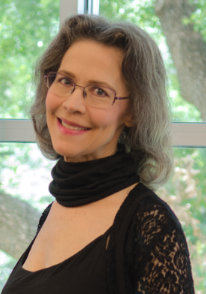