We have the University of Washington School of Law to thank for parts of this outstanding review of Presidential power.

Additional Resources Regarding the Constitution 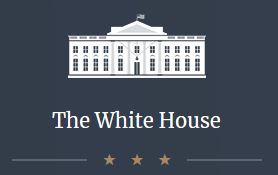 Original digital works with digital editions of the papers of major figures of the early republic plus America in the 20th century.

Call a Convention to Amend the Constitution

Since the U.S. Constitution was ratified in 1788, it has been amended 27 times, always by the same method outlined in Article V of the document: by winning approval of two-thirds of each chamber of Congress and three-fourths of the states. But Article V allows for another method to revise the Constitution that bypasses Congress: by winning approval of two-thirds of state legislatures to call a convention and approve amendments, and then gaining the support of three-fourths of the states. Some argue that this alternative method would overcome congressional gridlock and restore power to the people. But others argue that it could unleash chaos and extremism that might undermine the republic. Should the states call a convention to amend the Constitution?